Ken Adam, or more accurately Sir Kenneth Adam, was born as Klaus Hugo Adam in Berlin on 5 February 1921, the son of an upper-class Jewish family. He died in London on 10 March 2016. Adam became famous in the 1960s and 1970s for his particularly suggestive set and production designs for multiple James Bond films, including “Dr. No” and “Goldfinger”. In doing so, he designed impressive spaces of a ravenous desire for power, in which the hubris of self-proclaimed world rulers was reflected just as much as the forced respect of their accomplices and the fear of their victims. Adam’s most famous set design was the “war room” for Stanley Kubrick’s 1964 satire “Dr. Strangelove or: How I Learned to Stop Worrying and Love the Bomb”, an authoritarian architecture which director Steven Spielberg considers to be the best set ever designed for a film. In 2008 Ken Adam was presented with the Lucky Strike Award, which was Europe’s design award with the most prize money at that time, and in 2012 he handed over his artistic oeuvre to Deutsche Kinemathek in Berlin. This collection consists of 6,200 objects, including more than 4,000 drawings, sketches, photo albums, storyboards and much more, along with the two Oscars Adam won for Best Art Direction in “Barry Lyndon” and “The Madness of King George”. 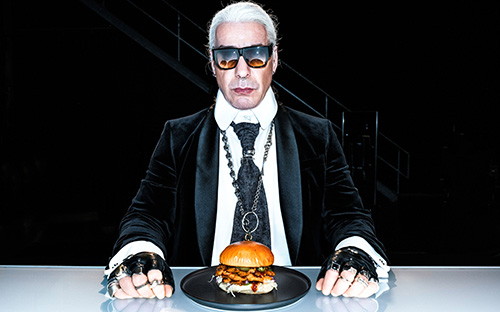 frog embarks on a new era as part of Capgemini Invent