A single storey, green surroundings, relaxed, modern: it is originally from Asia, is seen by the French as a holiday home and was regarded as a modern dacha in the GDR. In post-war West Germany, it was associated with American coolness and Bauhaus elegance – and broke with the Heimatstil of the Nazi era. A documentary on Arte tells the story of the bungalow.

The documentary Bungalow by Stefanie Appel is devoted to a type of house found all over the world. What does it have to do with a Bengali hut? How has it evolved? The film begins by stating that a bungalow is “more than just a house”. A bungalow is “loaded with meaning”. The narrator charges confidently ahead, remarking that one bungalow was even the scene of global politics; cue images of limousines and flashing cameras. This is followed by the inevitable statement that the term “bungalow” exists on every continent, but is understood differently in different places. And the deeper we delve into the phenomenon, the more we begin to understand how many layers can be peeled away, even in such a seemingly simple architectural form – and how strongly it is shaped by expectations and their social and historical context.

The word “bungalow” is derived from baṅgalō, the traditional Bengali cottage, as is still found in Bangladesh. As architect Saif Ul Haque from the Institute of Architects in Dhaka explains, this simple style of house – often with a straw roof – was the “inspiration for the bungalow”. A little cheekily, the narrator takes the question of genealogy a step further: “But what has a hut in Asia got to do with an elitist flat-roofed construction?” And then wants to know: “And why is a band from Vienna interested in a type of detached home that was popular in the 1960s?”

As part of the film’s entertaining yet somewhat disjointed structure, songs are played from time to time in which a bungalow is mentioned (the Beatles song The Continuing Story of Bungalow Bill, which plays ironically on Buffalo Bill with its protagonist of a mummy’s boy who goes hunting, is sadly not featured). The chorus of a 2017 hit by Austrian band Bilderbuch goes as follows: “Komm vorbei in meinen Bungalow, by the rivers of cash flow”. With this in mind, band member Maurice Ernst then offers the musician’s perspective that a bungalow harbours so many possibilities and that the word sounds so “graceful and grand”. Graceful and grand? The word? The building?

Never mind. A 1976 animated film from the GDR (directed by Klaus Georgi) not only brings some colour and humour into the otherwise somewhat didactic question-and-answer format, but also illustrates how sharply interpretations of this simple, low-rise structure differed in the collective imaginations of East and West Germany. Although – or possibly even because – the socialist dream dacha ultimately doesn’t look all that different to a flat in a tower block (the units are merely spread horizontally across the terrain), it becomes clear that an East German bungalow was a holiday home (just like in France); a West German bungalow, on the other hand, was – according to architectural historian Carola Ebert – “a single storey with green surroundings, relaxed, modern”. After World War II, it was not only associated with American coolness and Bauhaus elegance in West Germany, but was also about moving away from the folksy Heimatstil of the Nazi era for those who had achieved modest wealth. Even mail-order firm Quelle sold an affordable prefabricated bungalow.

Colonial architecture and the modern era

But back to the baṅgalō: in the 19th century, the British colonial rulers incorporated the form in their colonial architecture, with the word “bungalow” becoming synonymous with the houses of Europeans in the tropics. At the end of the century, the British began exporting industrially manufactured bungalows (without a flat roof) around the world – ironically also to the colonies from which it originated. Here in Germany, the first typological encounter came with Mies van der Rohe’s “Barcelona Pavilion” in 1929. At the 1931 building exhibition in Berlin, a ground-floor house – the principles of which carry over to a residential property – was unveiled for the first time; in the very same year, Richard Neutra referred to one of his houses on a drawing as a “bungalow” for the first time.

The word and style firmly established themselves in Germany through the reception of the famous Case Study Houses – an American experiment that sought to design and build simple and inexpensive model homes. The first six homes were completed in 1948, attracting more than 350,000 visitors; more homes subsequently followed. Case Study House No. 22 – Pierre Koenig’s “Stahl House”, built in 1960 in Hollywood Hills – became the absolute epitome of what West Germans imagined a bungalow to be: a flat roof, vast windows, a pool – and a spectacular view over the streets of Los Angeles. When the publication accompanying the programme – to which Richard Neutra, Charles and Ray Eames and many others contributed – appeared in German in 1964 (two years after the original), these houses were suddenly seen as bungalows, not so much by architects, but more by publicists and journalists.

Dreaming of the good life

Whether a pavilion closed off to the street, a Case Study House, a standardised socialist dacha, a relaxed French holiday home or – to use the example of Berlin’s Hansaviertel district – an open city residence connecting indoors and outdoors, the bungalow is wrapped up in the individualist dream of the good life; one could almost say “living right in the wrong”. An airy residential storey with green surroundings; in America, they often come with a shady veranda (this too being a legacy of the Bengali original). In a further song that underscores the bungalow’s history, it is perhaps not a complete coincidence that Jack Hylton sang A Bungalow, a Piccolo and You in 1933. Is the bungalow a cocoon for a contented life and a retreat into privacy?

As to the question of whether these houses are now “stand-offish suburbanites or laid-back hippies”, architectural historian Carola Ebert gives an answer that is both accurate and diplomatic: “the bungalow was an idealist in suburbia”. The yearning for transparency at the level of democracy for all extends to Sep Ruf’s 1963 Chancellor’s Bungalow in Bonn – the “state living room”, which is home to the same furniture by Charles and Ray Eames that stood in the Case Study Houses. At the end, examples from Asia – such as an “amphibious school” in Bangladesh by Saif Ul Haque that won the Aga Khan Award for Architecture – demonstrate that the airy baṅgalō, without air conditioning, has the potential to serve as a model for a sustainable future.

Available in the media library until 15 October 2021

View the movie in the ARTE-Mediatek
(Accessible in German, French, Spanish and Italian language) 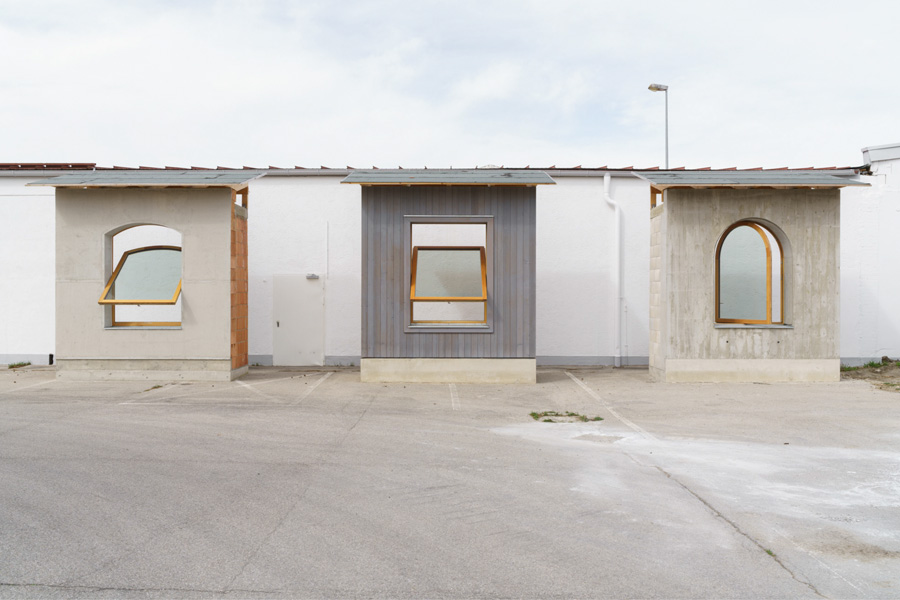