Is the next generation of innovative urban transport networks being created in France’s Grand Est region? A project that started for students in Nancy in 2017 might soon expand into a novel transport system. First, however, this rail-based transport system is planned to set a world record on 28 May for per-kilometre energy consumption by an autonomous train. Called Urbanloop, it consists of capsules that circulate autonomously and offer space for two passengers in each. The capsules are currently being tested on a 1,200 m rail loop on a 4.5 hectare property in Meurthe-et-Moselle.

Urbanloop is the result of a project run by the École Nationale Supérieure d’Électricité et de Mécanique in Nancy. “We gave students a project on the subject of transport in 2017. Their task was to imagine a means of transport that was ecological, economical, affordable for all, safe and realisable using current technologies,” explains Jean-Philippe Mangeot, the concept’s initiator. The idea took shape, even though nobody thought of making it a reality at first. Brushless DC motors are used to minimise energy consumption, producing energy costs of less than one cent per km. The capsules reach 60 km/h on average and peak at 75 km/h. The stated goal is to rid city centres of cars, which is why Mangeot believes a faster transport solution is needed. The system is designed as an on-demand service in order to avoid waiting times and utilise the rail network optimally.

Two fundraising campaigns have already been held for Urbanloop, while a third is in planning. It aims to attract between EUR 700,000 and EUR 1 million and will begin as soon as the world record has been achieved and the second of three applications needed for public transport has been submitted. The city of Nancy has also recently announced its interest in Urbanloop and commissioned an urban-planning study. If it comes to a positive result, the system may be put into operation as soon as 2024. “The costs for light rail tally up to EUR 20 million per km, while Urbanloop on the other hand costs between EUR 1 million and EUR 4 million per km,” says Mangeot. According to the project initiator, there will be 150 capsules spread across 5 km of tracks with an ability to carry 3,000 passengers per hour. 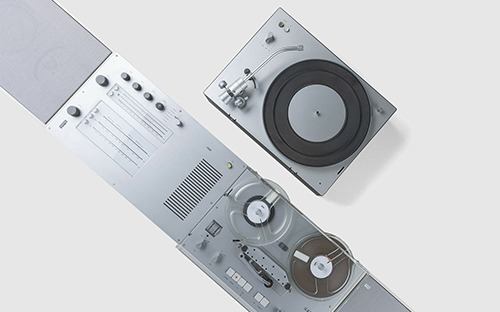 Promoting young designers with the sale of the BRAUN Wandanlage