Habits play an important role in media consumption. Those who ask who uses which media and when must nevertheless be prepared for surprises. For example, 27% of Germans say they have visited websites and apps more frequently and watched video streams more often in the last 12 months. This puts Germany well below the average of the countries surveyed by the international data & analytics group YouGov for the current Global Media Outlook Report 2022 within the study period from mid-October to early November 2021. On average, 42% of all respondents say they have visited websites and apps more frequently in the past year. About 40% of the global respondents say this about video streaming. The fact that usage habits are relatively stable is also shown by the fact that, according to YouGov, 54% of Germans say they have “watched live TV and listened to the radio about the same number of times in the last 12 months”. Worldwide, 44% of respondents say this. 57% of Germans have visited websites and apps with the same frequency; worldwide it was 46%.

The study, which surveyed more than 19,000 people in 17 countries worldwide, examines “consumer behaviour, habits and attitudes in the media landscapes of key markets, more specifically in the areas of traditional and digital media, advertising and subscriptions”. It also looked at the use of key media channels and platforms for different target groups, as well as behavioural changes during the Corona crisis. For example, it elicited how news consumption has changed over the past three years in the US and the UK: “In the US, the share of adults consuming news increased slightly from 93% in 2019 to 94% in 2020 due to the pandemic and presidential election, then fell back to pre-pandemic levels in 2021.” While the overall share of news consumption has remained consistently high, the use of traditional media (television, radio and print media) has steadily declined; at the same time, television has maintained its position as the primary source of news in the US over the past three years. The pandemic has only helped to slow the downward trend. The penetration of most digital news sources was up between 2019 and 2020, but fell to pre-pandemic levels in 2021, with the exception of podcasts, which continued to grow in popularity. Social media and newspaper websites are almost on par and are used as news sources by a third of Americans. In the UK, the picture is somewhat different. In terms of music consumption via a paid subscription, which they are likely to continue in the coming year, German users are in the middle of the pack with 22%. Swedes are the most likely to say this (39%). 36% of consumers in Germany currently have a paid subscription to video-on-demand that they plan to continue. Here, Spaniards rank first with 49%.

The report’s data indicates “that a high proportion of consumers worldwide are unlikely to fundamentally change their media behaviour in the next 12 months”. Digital media continues to drive growth in media consumption. Video streaming services have continued to expand their influence in the wake of the pandemic and are likely to see the largest growth in the coming year, they said. The full Global Media Outlook Report 2022 can be downloaded free of charge from YouGov’s website by providing contact details.

Click here for more studies on the topic of design, brand and innovation 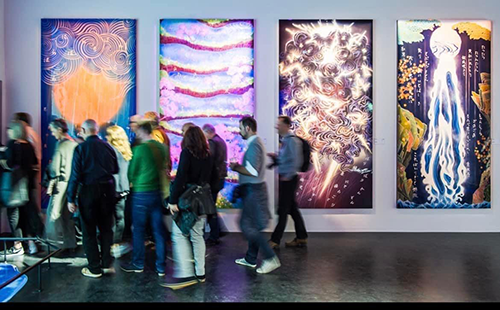