How will we live together? It is a question that is as simple as it is fundamental. Chief curator Hashim Sarkis is asking it at the 17th International Architecture Biennale in Venice to challenge architecture in times of species extinction, climate crisis, pandemic and social upheaval.

The 2021 architecture biennale in Venice is running from 22 May to 21 November 2021 and can be seen at the Giardini, the Arsenale, across the city and, in many cases this time, online as well. The overall presentation of much of the biennale’s content is presented in more of an academic light this year. The focus is less on architecture from a formal point of view and more on the new challenges of the Anthropocene era – the age of the humanity that is often invisible within the structures of our cities and yet is inherent to them. For instance, the agenda will include topics such as biodiversity, environmental protection, postcolonialism and racism. There were some veritable surprises when the Lions were awarded.

The major award winner this year is neither a big name in architecture nor one of the national pavilions in the Giardini that usually dominate the field. The Golden Lion went to the United Arab Emirates (UAE) pavilion for its “Wetland” exhibition, curated by Wael Al Awar and Kenichi Teramoto. The exhibition – which was largely ignored in reports before the award was presented – shows an innovative building material being a sustainable substitute for cement. Cement is one of the basic materials in concrete and is still considered globally to be indispensable for current architecture and infrastructure projects. However, cement is also very energy-intensive and is responsible for roughly 8% of the world’s carbon emissions. Alternative building materials are therefore essential if man-made climate change is to be limited to an increase of 2°C on pre-industrial times. Wetland specifically shows how the salt compounds found in the UAE’s sabkha salt flats can act as a renewable building material. The research group suggests using magnesium oxide (MgO) as a raw material instead of limestone, which releases large amounts of carbon dioxide when manufacturing cement. MgO is contained in the crystallised layer of saline pools. Since the Emirates have seawater desalination plants with the world’s third-highest capacity, the mineral is available in abundance. This means that a former industrial waste product could soon revolutionise construction. Its recycled nature ensures its sustainability. Moreover, MgO even reduces carbon dioxide because it absorbs the greenhouse gas to develop its structural strength.

The exhibition shows an expansive prototype made out of the salt-based material. It is made up of elements that visually reference coral and therefore seek to shake up aesthetic preconceptions of architecture. In addition, the exhibition illustrates the extraction of the raw material and the production of the finished material. Visitors can also look at accompanying photographs by artist Farah Al Qasimi which show the traditional sabkha salt flats as well as how deeply humans have penetrated into nature with the modern era.

Germany has cause for celebration as well. The Golden Lion for the best participant in the main exhibition was awarded to Berlin architecture firm raumlabor, finally giving well-deserved international recognition to two projects that in recent years have been the most societally engaged in this country. The first project is the Floating University, a temporary rainwater retention basin on the site of the old Berlin-Tempelhof airport. The sustainable structure is a venue for various events such as readings, workshops and presentations during summer months. The second project is the Haus der Statistik, also in Berlin and not far from Alexanderplatz. This project sees communist-era prefabricated concrete buildings remaining in use, despite being earmarked for demolition, and in the future being complemented by open communal spaces through the careful positioning of multiple new-build structures. The project has an exemplary nature because the local authority, state-owned businesses and civil society form a cooperative venture to promote equal development for the common good.

Which other pavilions are also worth visiting?

The Danish pavilion Con-nect-ed-ness, curated by Marianne Krogh and Copenhagen firm Lundgaard & Tranberg Architects, is a laboratory for a new type of coexistence between humans and the ecosystem. It has tall wooden shelves on which various growing tea plants and herbs are perched. A basin at the centre of the pavilion collects rainwater. Pipes and hoses extend throughout the spaces, supplying the green plants with the moisture they require. The themes of the pavilion – global ties, interactions and circulatory systems in the age of the Anthropocene – are portrayed in an image-like way, exposing the infrastructure of our houses and cities that is normally hidden behind walls and beneath roads. The pavilion also creates space for social interaction that is easy to participate in – over a freshly brewed cup of tea, made from the tea plants grown in the pavilion mixed with purified rainwater on-site. Denmark thus offers an experience that is as visual and sensory as it is social.

The Austrian pavilion focuses on the marks left on a city by digital transformation and the capitalist platform economy. Platform Austria has managed to present the various influences of digital enterprises – from delivery services for food and consumer goods to apps for shared transport and dating as well as a range of lifestyle products for “digital nomads” – on our urban spaces in an impressive way and draw a link between phenomena that are usually perceived in isolation. Curators Peter Mörtenböck and Helge Mooshammer summarise them using the term “platform urbanism”. Those seeking more information about this are – fittingly for this topic – referred to an online offering that can be viewed on the website platform-austria.org as well as on social media.

Large void in the German pavilion

Visitors who have made the journey to Venice primarily for the German contribution, curated this year by Arno Brandlhuber’s Team 2038, could end up disappointed. The pavilion is completely empty. The exhibition “2038 – The New Serenity” can only be experienced online through a smartphone app, even when at the physical location. That means the experience can also be had conveniently at home on the sofa with a tablet. The basic idea behind it is a speculative trip to the year 2038 to look back at and recap the crises of the 2020s and 2030s. The predominant mood is that of serenity, as everything is going well again and the world has transformed into a better place. At https://2038.xyz/, there are videos of experts discussing various topics related to our era, though the actually relevant content occasionally remains superficial due to an underlying tenor of self-deprecation and optimism.

Other recommendations and things to explore in the city

The US pavilion has a spectacular four-floor wooden construction directly in front of the main entrance to its classical building, almost covering it completely. The theme of American Framing by curators Paul Andersen and Paul Preissner is traditional timber construction in North America. Although 90% of buildings in the United States are still built in this form today, it is not usually a topic covered in architectural discourse. Japan has a historical wooden house from Tokyo that has been rebuilt multiple times. Dismantled into its individual components, these parts are presented lined up on the floor in chronological order based on their time of construction. The exhibition is almost an archaeological site for everyday architectural culture.

As always, the biennale does not limit itself to the main exhibitions in the Giardini and Arsenale. A large number of national pavilions are again spread throughout the city this year, too. Noteworthy ones include the Portuguese contribution In Conflict, curated by depA architects, near the Ponte dell’Accademia bridge. It highlights several of the country’s modern mid-20th-century social-housing projects – and explains how they face demolition due to investment pressure today. The Lebanese pavilion A Roof for Silence is located in a large warehouse by the Giudecca Canal. It studies the explosion of the ammonium nitrate silo at the Port of Beirut in August 2020, which resulted in large swathes of the city being damaged. This tragic event is addressed by Hala Wardé in a powerful, poetic way using fragile glass sculptures and a large, silent space. The installation shows a way out of the ruins and how art and creativity can produce a new form of strength. 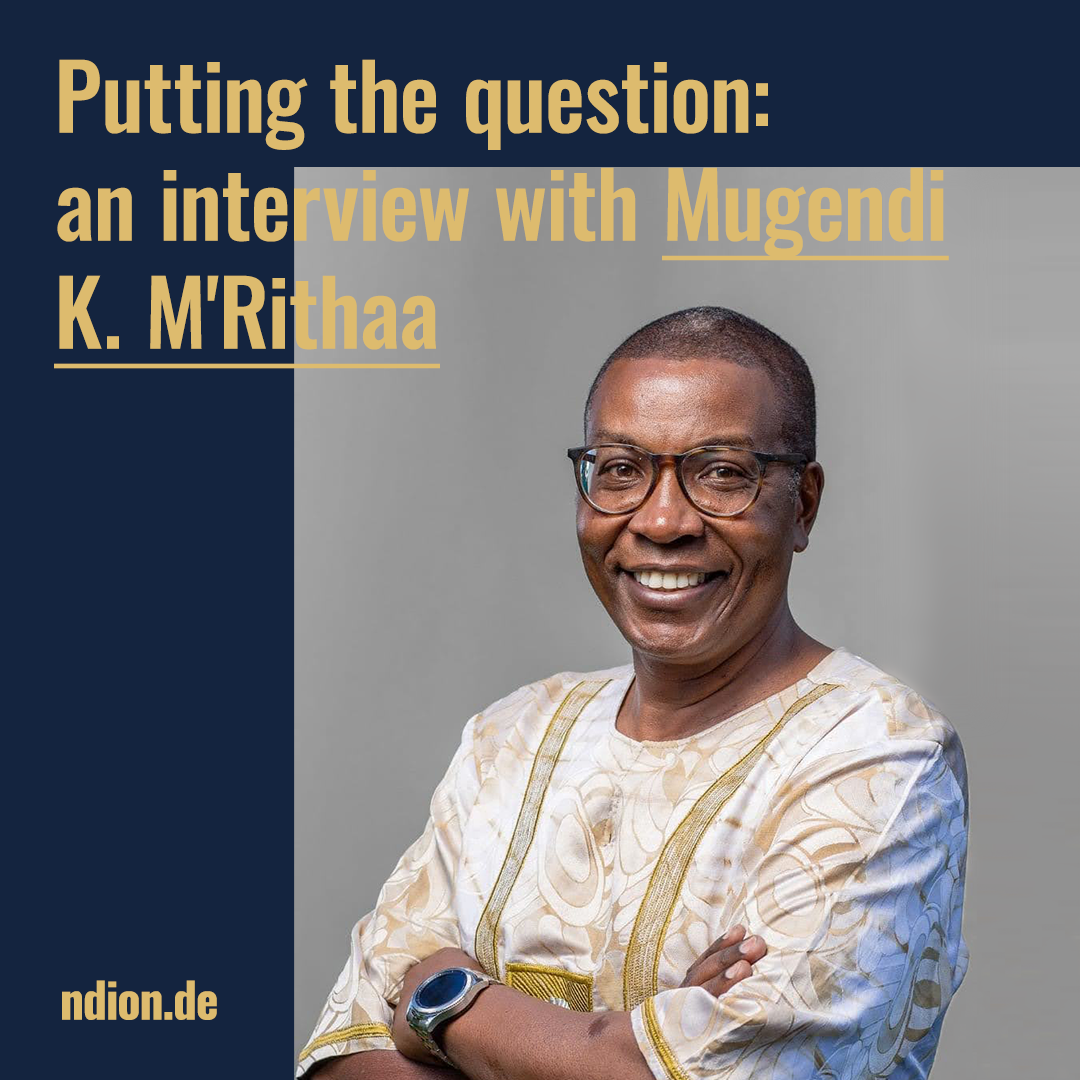