What can design do? Can design contribute to a better future? What ideas, questions and strategies do designers have to offer when it comes to developing visions for a better future, but also formulating concrete approaches to solutions? As part of the exhibition “Ask Me If I Believe in the Future” at the Museum für Kunst und Gewerbe Hamburg (MK&G), the Milanese curator and author Maria Cristina Didero invited four internationally active designers or studios to “formulate their interpretation of the future, their expectations and visions in a single project or work”.

The Greek design studio “Objects of Common Interest” by Eleni Petaloti and Leonidas Trampoukis has created airy objects between architecture and design under the title “Teahouses for Domesticity”, from which an interactive and sensory landscape emerges. Israeli animal rights activist Erez Nevi Pana is dedicated to democratising access to space in the hope that looking beyond the earth will make us aware “that we need to keep our planet and its inhabitants alive”. Using food as a medium, designer Carolien Niebling makes a plea to look anew at things served on plates, showing ceramic plates on each of which a food of the future has left its imprint. And Enrica Cavarzan and Marco Zavagno, who together form the multidisciplinary creative studio Zaven, answer the question of whether they believe in the future by reflecting on everyday, archetypal objects such as lamps, coats and chairs that are made collaboratively. Part of the show, which can be visited until 23 October at the Museum für Kunst und Gewerbe Hamburg, is also a documentary by Italian filmmaker Francesca Molteni, who accompanied all four new productions during the development and production process. 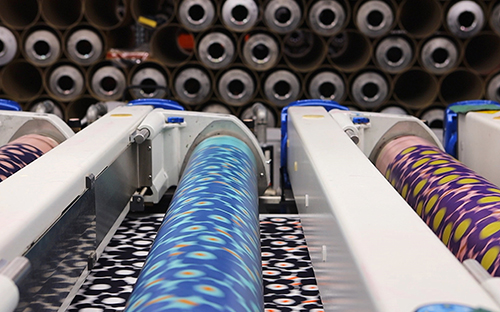