Architectural structures can also be viewed and used in a completely different way. The research agency “Forensic Architecture”, founded in 2011 by Eyal Weizman and based at the Centre for Research Architecture, Goldsmiths, University of London, investigates conflicts and crimes around the world. It uses architectural practices and methods to collect and secure evidence and statements from witnesses. On the basis of a so-called “counter forensic”, the team tackles state disinformation, uncovers human rights violations and state violence. For this purpose, pictures, videos and other information are collected in painstaking detail. From 19 May to 23 October, the Louisiana Museum in Humlebæk, Denmark, will present the fifth exhibition in its series “The Architect’s Studio”, showing the work of Forensic Architecture at the interface of architecture, law, journalism, human rights and the environment.

Specifically, the Forensic team conducts investigations on behalf of people affected by political conflict, police brutality, border regimes and environmental violence in collaboration with grassroots activists, international non-governmental and media organisations. Through visualisations and renderings in 3D, they not only reconstruct a space, but also document what happened in it. The aim is to shed light on events and give human or material witnesses a chance to be heard.

The Louisiana exhibition is divided into three sections: (1) “Witnesses” presents the different types of witnesses, clues and data that are central to Forensic Architecture’s work. The video work “Situated testimony”, created especially for the show, shows how different forms of testimony are documented and represented in architectural models. (2) “Modes of Sensing” describes the work of reading changes in material witnesses such as bricks, leaves and smoke. Methods include 3D modelling, fieldwork, machine learning and full-scale reconstructions. And in (3) “Itinerant Witnesses”, witnesses document their experiences of trying to cross borders in Europe. On issues of migration and border politics, they represent a different kind of site-specific testimony and serve to map migrant journeys.

Discover more news on the topic of architecture. 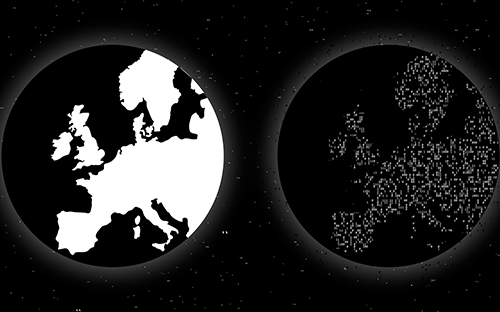 Planet Digital. In Zurich, the University and Museum of Design are dedicated to the digital transformation