Architect, designer, curator and historian Gira Sarabhai has helped found some of the most important design institutions in post-colonial India and has influenced generations of designers, artists and craftspeople. She was born on 11 December 1923 in Ahmedabad, the youngest of eight children of Sarala Devi and Ambalal Sarabhai, a well-known industrialist who made his fortune in the textile mills of Gujarat. The Sarabhais were progressive followers of Mahatma Gandhi and supporters of the Indian independence movement. They opened their home to many 20th century celebrities, including poet, playwright and composer Rabindranath Tagore, the politically important Nehru family, socialist Annie Besant, writer E.M. Forster, photographer Henri Cartier-Bresson and educator Maria Montessori.

As a young woman, Gira Sarabhai was friends with many of the world’s leading figures in architecture, design and modernist art such as Frank Lloyd Wright, Le Corbusier, Louis Kahn, B.V. Doshi, Buckminster Fuller, Charles and Ray Eames, Isamu Noguchi and Alexander Calder. For example, she studied and apprenticed with Wright at Taliesin, his estate in Wisconsin, and was part of the team that worked on Wright’s design for the Guggenheim Museum in Manhattan. (While in New York, she also became friends with composer John Cage, who taught her musical sister Gita.

In the late 1940s, Sarabhai returned to newly independent India, designing Modernist-style residential buildings, and collecting Indian textiles. In 1949, together with her brother Gautam, she founded the Calico Museum of Textiles, whose collection is considered the world’s best of Indian textiles. In 1958, when Charles and Ray Eames were commissioned by the Indian government to write a report recommending design education programmes for Indians, Gira Sarabhai worked with the government and the Ford Foundation to establish an institution based on the Bauhaus concept of design. In 1961, she and her brother opened the National Institute of Design (NID) in Ahmedabad. Gira Sarabhai left her mark on the institute; she was involved in the design of the building and the campus, set up the libraries and selected the lecturers. She remained closely associated with the design college, which was very influential in India, until the early 1970s. In the last decades of her life, she directed the Sarabhai Foundation Galleries and the Calico Textile Museum. Gira Sarabhai died on 15 July at the age of 97 at her home in Ahmedabad in the Indian state of Gujarat.

Business as usual. (Not.) — Design conference at MIT 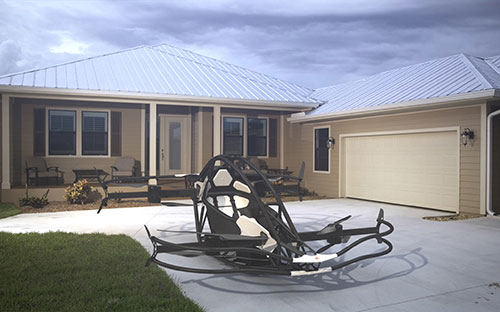