When Christian Dior presented his “Bar Jacket” at the presentation of his first collection on 12 February 1947, he revolutionised fashion and changed the Parisian streetscape marked by the Second World War. Whereas the years before were marked by loss and bleakness, the designer now brought back glamour and shaped a completely new silhouette: the so-called “New Look”. In the following decade, Dior determined the fashion of his time. After his sudden death in 1957, Yves Saint Laurent took over the reins of the house, interpreted and revolutionised Dior’s legacy – and thus set the starting point for an illustrious series of successors – up to the current head designer Maria Grazia Chiuri.

Under the title “How to Dior – Christian Dior and his Successors”, the Berlin Museum of Decorative Arts will be showing works by students from the private Macromedia University Berlin alongside original designs from its own collection from 17 December to 26 June 2022. A total of around ten professors and 100 students from the Bachelor’s programmes Fashion Design, Fashion Management, Drama and Communication Design are involved in the exhibition cooperation. They analysed Dior’s creations, developed new visions and worked on collections in teams. They considered how the exhibition could be accompanied on social media and created a connection to current Berlin trends with virtual and real exhibition spaces.

The current occasion for the show is new acquisitions and donations of Dior models, which enable the Museum of Decorative Arts to “take a chronological journey through the history of the fashion house”. Starting with Dior’s early models, never-before-seen designs by his successors Yves Saint Laurent, Marc Bohan, Gianfranco Ferré and John Galliano are presented for the first time. The highlight of the 28-object exhibition in the museum’s fashion cabinet will be the “Mexique” evening dress from the autumn/winter collection of 1951, which was acquired in 2019 and is embroidered all over with glass beads.

Pentagon: Design or not? Exhibition in Cologne 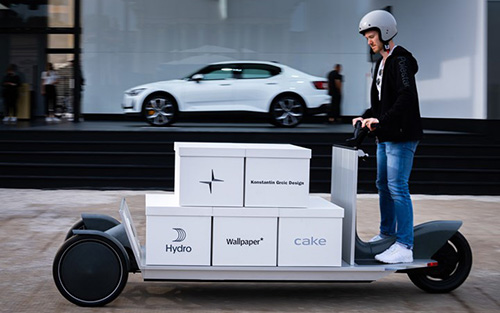