The Museum of Modern Art (MoMA) in New York was closed for four months. It re-opens on 21 October 2019. Diller Scofidio + Renfro renovated the museum in collaboration with Gensler, adding new exhibition spaces and lounges.

The Museum of Modern Art is not just any old museum. With more than three million visitors per year, it is one of New York’s main attractions. Here visitors can admire Pablo Picasso’s “Demoiselles d’Avignon”, Vincent van Gogh’s “Starry Night” and Claude Monet’s “Water Lilies” as well as many other important works of modern art, and alongside these, a portable grill by Raymond Loewy, Braun designs by Dieter Rams, architectural drawings and models. MoMA is not only regarded as the flagship of modern art, it has also long since become a global brand. For this reason alone – despite or because of its historical significance – it is continually having to assert and re-develop itself in the light of new competitors.

After four months of continuous closure, MoMA will reopen on 21 October 2019. The exhibition space in the new galleries, designed by Diller Scofidio + Renfro in collaboration with Gensler, are being expanded by a further 3700 square metres. Following the 450 million dollar redevelopment project, there will be around 30 percent more space available than previously. It’s much more than just the building complex that has been renovated, however. If the announcements are to be believed, visitors can also expect a whole new presentation concept in the re-designed spaces, intended to provide a different and improved experience of the works on show.

Bauhaus was the inspiration for a focus on industrial culture

In the late 1920s, Lillie P. Bliss, Mary Quinn Sullivan and Abby Aldrich Rockefeller had realised that there was a lack of locations in the United States for the modern art of the time alongside the galleries focussing on historical art. They founded the Museum of Modern Art, which was opened on 7 November 1929 under the direction of founding director Alfred H. Barr. Barr’s actions were courageous, progressive, and provided a great sense of mission. He had travelled around Europe and been inspired by the Bauhaus movement on visiting Dessau in 1927. As a result, he designed MoMA with an international focus from the outset, and this was initially met with scepticism in the United States. It was the first museum to present and collect architecture, design, photography and film as expressions of industrial culture alongside the fine arts. Barr’s fundamental approach is still valid today. This latest new presentation style for the enormous collection sees his concept being re-aligned with the prevailing conditions of the 21st century.

During the first ten years of its existence, MoMA changed location no less than three times to increase its exhibition space. In 1939 it moved to Midtown Manhattan – where it is still today – into a building designed by architects Edward Durell Stone and Philip Goodwin. Its collection and reputation continued to grow in the meantime. Extended in the 1950s and 1960s to Philip Johnson’s design, the building was renovated again in 1984 under the direction of César Pelli, doubling the exhibition space. The museum also expanded during the next renovation phase between 2002 and 2004, based on plans by the Japanese architect, Yoshio Taniguchi. To gain additional space next to the main building for the current expansion phase, in 2014 the decision was made – despite protests – to demolish the adjacent, award-winning building of the American Folk Art Museum, which had only opened in 2001. MoMA had acquired the property from the financially struggling museum back in 2011.

It is not just the rooms on the second, fourth and fifth floors where the collection is displayed which have now been expanded and redesigned. New galleries for contemporary art, a studio for performance and live events, and a “Creativity Lab” for museum education have also been created. The entrance lobby, which also houses the museum shop, now extends over two floors and its glazed north wall offers a view of the sculpture garden.

A reinvention of the museum

As MoMA has previously announced, with the expansion and corresponding new presentation methods for its collection, the museum intends both to reinvent itself based on its existing foundations and to anchor itself even more firmly in the contemporary than before. Glenn D. Lowry, the current director of the museum, talks of building an “experimental” museum in New York, inspired by Barr’s vision. The real value of this expansion is not just more space, but space that allows us to rethink the experience of art in the Museum. “We have”, says Lowry, “an opportunity to re-energize and expand upon our founding mission – to welcome everyone to experience MoMA as a laboratory for the study and presentation of the art of our time, across all visual arts.”

In homage to Bauhaus and its anniversary, Oskar Schlemmer’s painting “Bauhaus Staircase”, one of his major works, has also been restored. In future it will no longer hang on the second floor, but in the entrance lobby, connecting it with the exhibition halls. Schlemmer painted it in 1932 to protest against the closure of the Bauhaus on 30 September 1932 by the National Socialist majority in Dessau’s municipal council. One year later, Philip Johnson and Alfred Barr purchased it for the collection of the New York Museum.

With a completely new presentation of its collection, MoMA is also reacting to new viewing habits and the dwindling of historical knowledge. A chronology and presentation according to isms and schools has not been completely dispensed with, but these are being broken up by detours, back references and surprises, and by means of different yet equally valid narratives. More than ever before, paintings, drawings and prints will be mixed together with works from architecture, film and performance, and more art by women, Latinos, Asians and African Americans will be exhibited.

Instead of epochs and highlights, there will be themed spaces such as “City as Stage” or “From Soup Cans to Flying Saucers”. “Design for Modern Life” is dedicated to Bauhaus and other Schools from the 1920s. Here, paintings by Paul Klee and El Lissitzky are displayed alongside chairs by Mies van der Rohe, films by Dziga Vertov, printed fabrics and typographically designed letterheads. The space is dominated by Margarete Schütte-Lihotzky’s “Frankfurter Küche”. The presentation of the collection overall – at least in some rooms – is actually set to change more frequently. This type of “scene change”, as already implemented by the Museum für Moderne Kunst in Frankfurt am Main under Jean-Christophe Ammann, is to begin in the newly added galleries.

“Love it or no”, Jason Farago wrote in The New York Times, after a first tour of the unfinished galleries, “this juddering, fluctuating display is the most contemporary feature of the new MoMA, whose collection now offers the sort of fortuitous collisions familiar from digital browsing and searching. But even digitally conditioned audiences may find the constant crosscuts jarring.” Whether the unexpected not only confuses, but also reinvigorates the tried and tested remains to be seen once the museum re-opens. But one thing is already certain: at its core, the MoMA brand will be expressing itself in an even more contemporary way.

all pictures: Courtesy of MoMA. 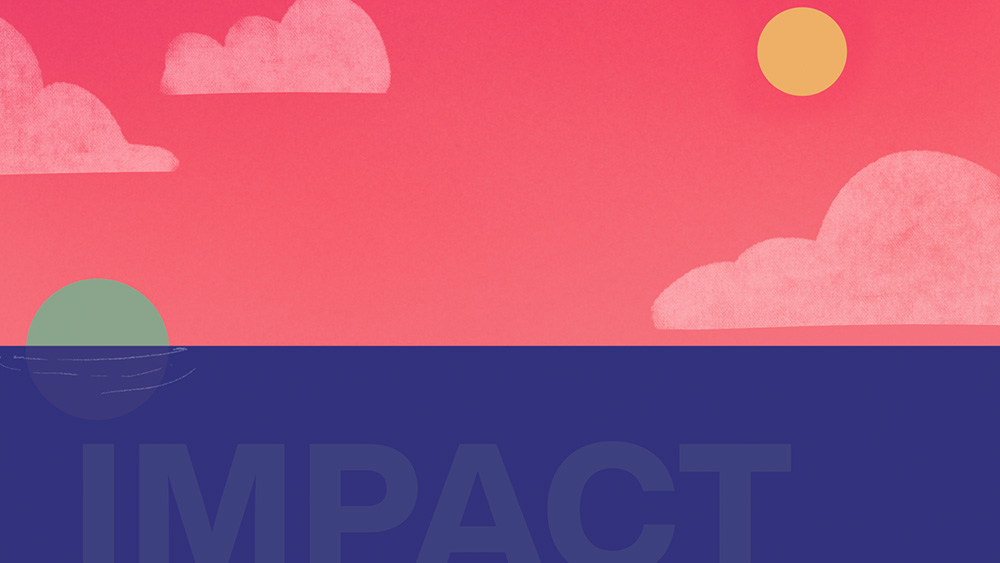 Architecture in Sub-Saharan Africa. Fascinating facts about the culture and architecture of a continent 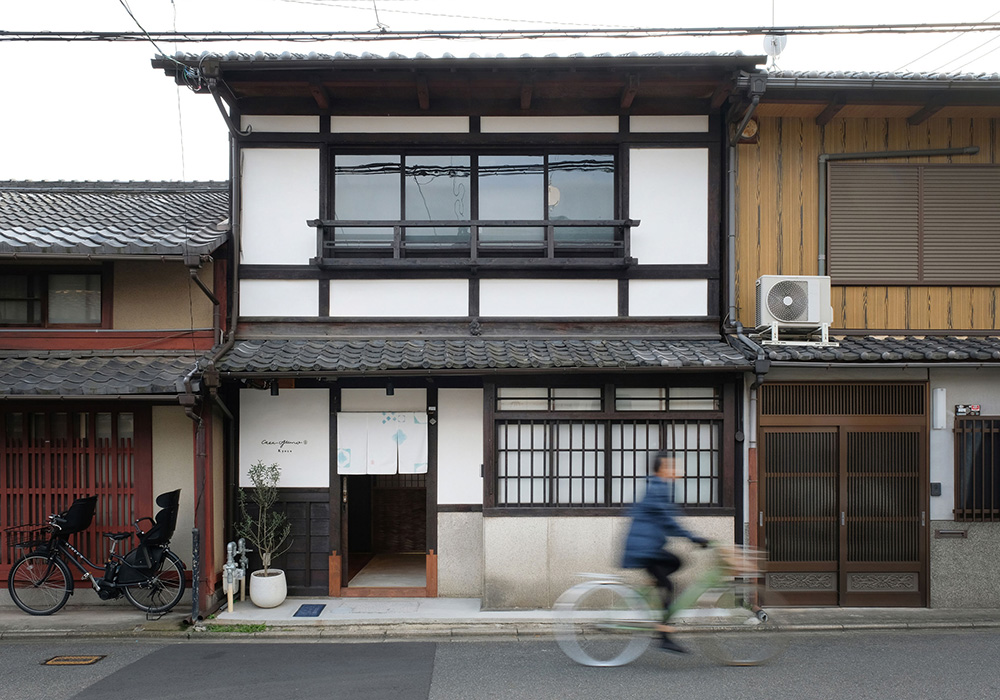 Urban mining and adaptive reuse for the ecological shift