The British product designer Jasper Morrison has become an authority above all through his work in furniture design. His reduced, elegantly designed objects don’t appear loud, are unpretentious and at the same time have a penetrating effect. Morrison has always been able to apply his understanding of design to various areas of life. The spectrum of his work ranges from furniture design for brands such as Cappellini and Vitra to electronics (including Samsung) and tram design in Hanover.

Andrej Kupetz talked to Morrison on the occasion of his award as “German Design Award Personality 2020” about his understanding of good design.

You have become known above all for your work in the furniture sector. Would you say that this is still your focus today?

I would go further and say that we focus mainly on chair design, although we still design a lot of other things. Over the years we have designed quite a few of them and finally understood the difference between a good chair and a bad one. More than that, looking at chairs and designing new ones has become a part of my life,  and we usually have at least five chair projects simultaneously on the go in the studio.

When one deals with your work, one encounters terms such as “super normal”, “anonymous”, “archetype” – all this sounds like a receding understanding of design that is not based on identity and uniqueness. Why have your products nevertheless written such an iconic story?

I think it’s all about how you find an approach to design that suits your way of designing and what you want to achieve by it. For me finding my way involved an awareness that many anonymously designed objects outperform the work of the “professionals”. When I looked at this issue I noticed that the difference was in the amount of creative »ego« that authoured designs seem to need. Removing that ego allows the object to be itself  and to compete better or even improve on what’s already there. Dieter Rams knew this very well from the beginning of his career, it took me a bit longer to work it out. It gave me a lot of freedom to let the objects express themselves.

Looking at chairs and designing new ones has become a part of my life.

Since your studies you have been at home in design cultures from all over the world. In 2006, together with your Japanese colleague Naoto Fukasawa, you coined the term “Super Normal” for your demand for functional, simple design. Does Japan’s design culture correspond most closely to your understanding of design?

Probably, although there are many other models which also correspond and you can find it in all cultures at one point or another. The understatement of the early British industrial period that Adolf Loos admired so much, the Scandinavian approach, or even the Deutscher Werkbund.

Behind the small manifesto of the Super Normal is the call for an “innocent” (untouched) design, a design that doesn’t attract attention. At the same time, you sometimes criticize the dominance of marketing, which destroys the above-mentioned anonymity of an object. But isn’t good design distinguished not only by its functional dimension but also by its distinctive quality?

I agree, but I don’t see what marketing has to do with it, except to exert unnecessary and unwanted distortions on the role of design. Perhaps an explanation is due, a Super Normal object may be discrete and yet not go unnoticed or unappreciated.  The best result is achieved by the best design, not by a mediocre design, which can then be bent to the aspirations of the marketing team. I’m not denying Marketing has a role but it’s input should be advisory and supporting rather than distorting.

The world as we knew it a few years ago has already changed significantly. A disregard for truth has become  routine in achieving political and commercial goals. The designer is the guardian of a truthful physical environment. If he is no longer allowed this role then we will see an acceleration towards banality and the dumbing down of our surroundings. Just take a walk through an airport duty free to understand what happens when marketing takes over.

What inspires you in your work?

All sorts of things that catch my eye, but above all the idea of improving the atmosphere of everyday life.

A Super Normal object may be discrete and yet not go unnoticed or unappreciated.

Has your work process changed over the many years you have been active?

Yes, sure. When I started out it was just me and a drawing board. I had a very nice travelling model made by Rotring and a much larger one at home. I used to draw up all the technical draings by hand. For quite a while after I got my first Apple Macintosh (SE30) I still did most of the drawings by hand. The arrival of the domestic fax machine was well timed for my career, it allowed me to communicate words and drawings with the earliest companies who took an interest in working with me, like FSB, the German doorhandle manufacturer, and Cappellini in Italy.

When we were asked to design the Hannover Tram we were able to afford 3d drawing software, and more recently we acquired a 3d printer. All of these have made designing more easy, but it still feels very good to shape something by hand!

You can look back on a long career and have worked creatively in various product areas. Are there any ideas or projects that you would like to implement, but haven’t had the time to?

From the beginning the requests that came my way have far exceeded my own imagination of what I was capable of designing. Many of these projects came from German manufacturers, like FSB (doorhandles), Rosenthal (porcelain tableware), Hannover (tram) and Lamy (fountain pen), so I long ago gave up asking myself what I wanted to design and let myself be surpised by what comes along.

What do you think will be the urgent future issues for designers?

The urgent future issues are already urgent, to avoid unhelpful and unethical projects, not to waste materials, to design things that have a long life, both physically and visually, to consider the environmental impact of a design. There is a perfectly understandable tendency to blame plastic for the world’s environmental troubles, yet plastic used in a long term way, for chairs that should have a useful life of thirty years or more and can then be recycled, may have a lighter footprint than using other materials.

The problems plastic pose for the environment are mainly caused by single-use packaging and fashion industry short-termism. A relatively short drive in your SUV carries similar energy and pollution factors as the production of a plastic chair. A better understanding of the causes of the problem and ways to improve the situation will be vital to both the designer and the consumers‘ decision making process.

What would you advise young designers to do? Is there a tip or a special measure that has helped you in your career?

Learning to notice things and be aware of how they perform is the key to becoming a designer.

You have received many awards and are now honoured as “German Design Award Personality”. What does such an award mean to you personally? And what significance do you attach to awards in the context of the industry?

I feel deeply honoured to be offered this award by the German Design Council, I have never imagined myself qualified to be a Personality of the Year! But more than this very pleasant surprise, it means a great deal to me coming from a country which is close to my heart, where I have lived as a child, as a student and again as a young designer at a moment in which I barely recognise my own country.

Learning to notice things and be aware of how they perform is the key to becoming a designer.

You have parked bicycles in various metropolises around the world. In which city do you still need a bicycle?

I would like to have a bicycle in every city, these days that is possible without even owning them, which seems to me to be a fantastic innovation.

What was your craziest project – in terms of process and/or outcome?

Craziest by far was the project for the Hannover tram. My studio was still very small when we were selected for the project. We had a certain amount of trouble from another studio who thought they should be doing the project, and there was a newspaper article which came out immediately after the project began with the headline »Designer known only for doorhandles«, which suggested that a designer who could only design doorhandles couldn’t possibly design a tram. The project lasted more than two years, during which I visited the factory every 10 days.

It was an intense learning curve but we managed to get it done without any major problems, though there were a huge number of compromises to satisfy all parties. Normally we work with 3 or 4 people from the manufacturing side, whereas on this one there were a few hundred people involved.

And what was your favorite project?

As I always say, my favourite project is the cumulative effect of all the projects, existing in so many everyday life situations and contributing to the improvement of their local atmospheres. The Necessary and the Appropriate 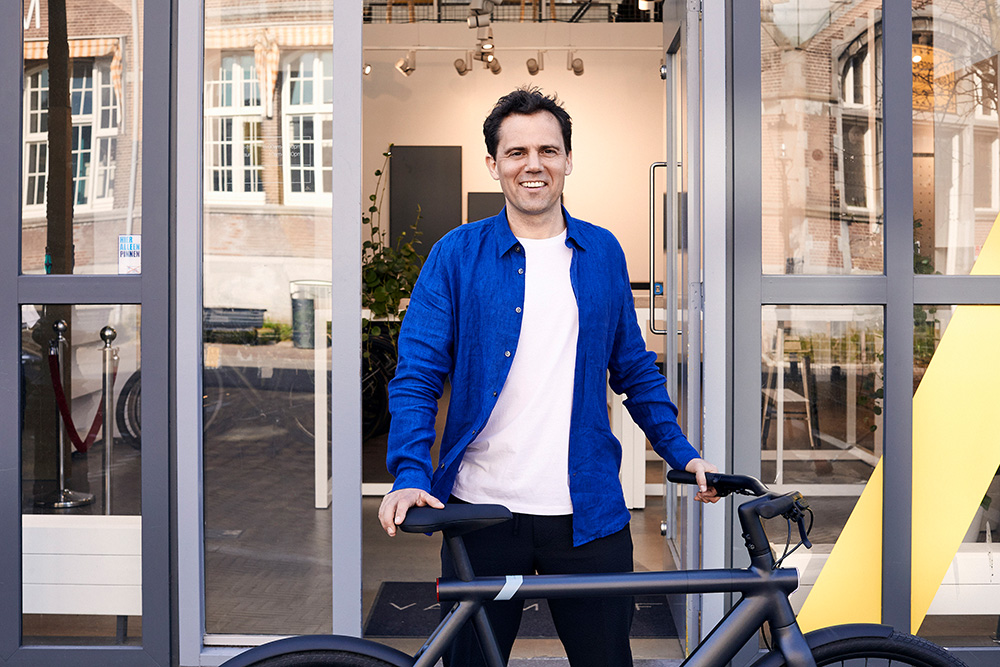 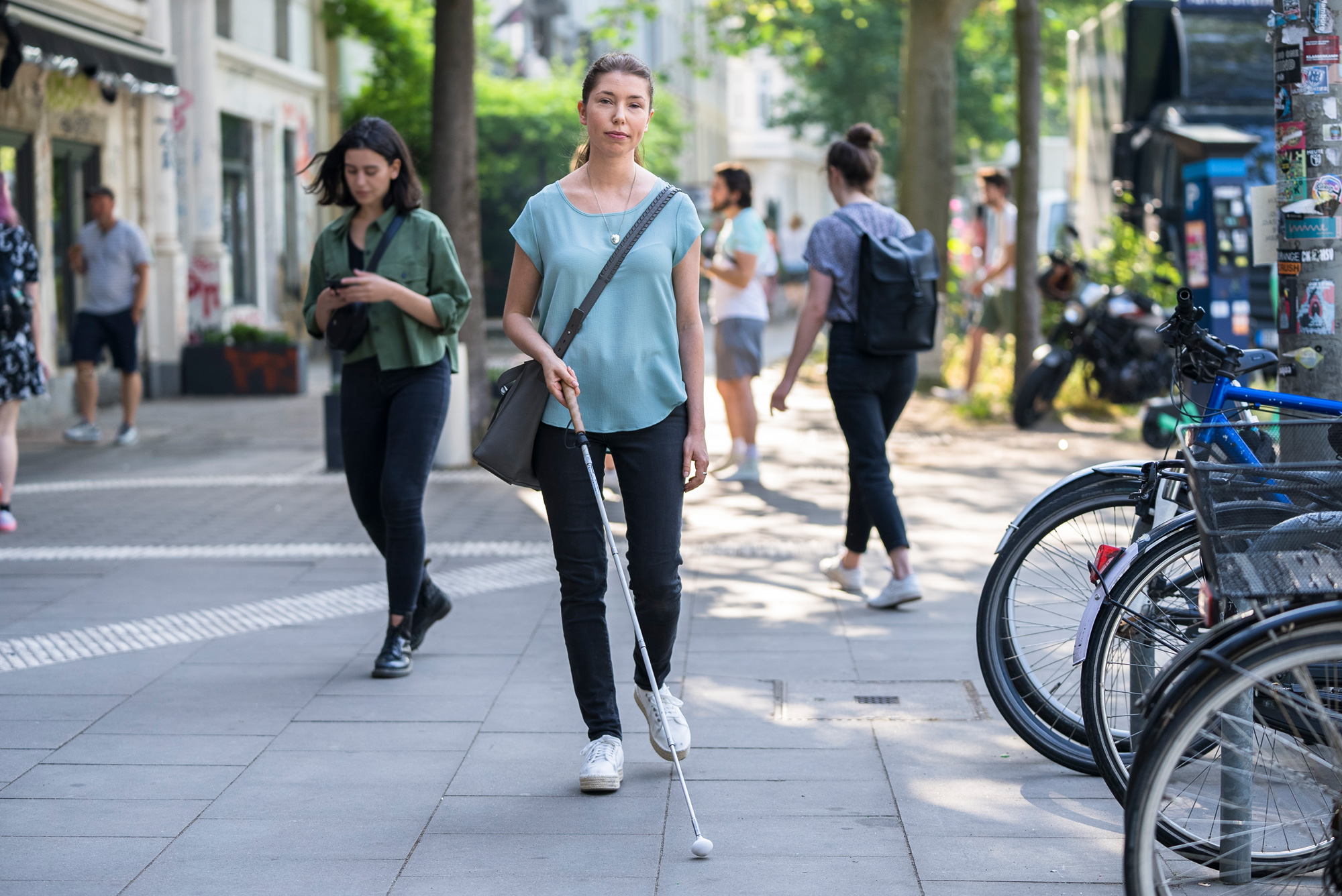