With this year’s book fair in Frankfurt seeing Norway as guest of honour spend more on promotion abroad than the country ever has before, the phenomenon of state branding and Norwegian brands in general are worth attention.

When the idea of brands first appeared, brands were chiefly equated with logos – think of Blaupunkt. With time, however, the phenomenon has been enriched and is today understood as the complex and often intangible relation between design qualities in various forms, users’ experience of products or services, and their identification with the brand. While the brand owner capitalise on all of this, brands as a phenomenon are formed around a set of core brand values that cannot merely be defined in monetary terms.

Design in the widest sense is the motor in the generation of brands. Hence, turning to Norwegian brands also means turning to Norwegian design, and one is immediately caught up in what is known as Scandinavian design. This, however, should rather be known as Nordic design since Finland – in addition to Denmark – historically has delivered the most known designers and design to define what is “Scandinavian.” Design, brand products and brands interweave from the Saarinens via Alvar Alto to Marimekko and Nokia in Finland and from Louis Poulson via Verner Panton and Arne Jakobsen to Bang & Olufsen in Denmark. Sweden offers a more modest design history, but latter-day design and corporate brands are impressive to say the least: H&M, Filippa K, Ericsson, Spotify, and IKEA – to mention some.

Norway cannot quite muster the same. Yet, if one includes state branding, Norway impresses. Its presence in Frankfurt is one thing, but consider the Norwegian Scenic Routes. This is an ongoing project financed with public money and comprises of different  tourist routes through the Norwegian landscape punctuated by admirable architectural stations that offer services or simply serve as platforms for extraordinary vistas.

The aim is to complete 247 stations by 2023, and the state-initiated-project has a budget of more than 400 million Euro. The bespoke design by different architectural firms is key to generate unique visitor experience and promote and brand Norway as a tourist destination given its extraordinary, varied landscape.

Among Norway’s brands, there are also some less obvious gems – although they are far from unknown. Devold and Helly Hansen produce protective clothing – the former inner layer and the latter largely outer layer. Both firms date back to the second half of the nineteenth century and are firmly rooted in making products for the often extreme conditions that face professional Norwegians at sea, in the mountains, and by-and-by in high performance sport and explorations of nature. With Devold and Helly Hansen, design is intimately tied in with material and technological innovation as much as user experience and values deeply embedded in the myth of what Norwegian identity is about.

However, the essence of these brands is best understood through how they revolve around local and national, historical conditions and emerge with values connected to these. Insofar as brands are also based on narration, Devold and Helly Hansen have it. For instance, Ole Andreas Devold, the founder of Devold in 1852, brought knitting machines from Germany, installed electric lighting in his village four years after Thomas Edison invented it, and sponsored the building of hospitals, churches, kindergartens, grocery stores and housing for his employees. Obviously, the products of Devold and Helly Hansen are different today from when the firms first started, yet they are at best imbued with the same qualities as they had originally.

The design of Peter Opsvik is in a different league. First, the designer does not have his own firm; his products are produced and marketed by others (for example by stokke.com) and comprise of brand products, not a single brand. Second – and despite his many honours, including Red Dot awards – Opsvik is not necessarily well known internationally and his products are not celebrated for their aesthetic qualities. His work revolves around his interest in ergonomic design so that his adjustable chair for children, Tripp-Trapp, which was launched in 1972 and by 2016 had been bought more than ten million times, is key to deciphering the brand value of his work. The brand product qualities in Tripp-Trapp revolve around the growth of a child and freedom of movement. Be it a modest brand product in aesthetic and general design terms, it is nevertheless an essential Norwegian brand.

Devold, Helly Hansen and Opsvik are examples of brands and brand products whose qualities are founded on individuals’ visions, adoption of and innovation in technology, as much as a social and even political engagement with users and stakeholders.

The State, its Stars and their Brands

A curious version of Norwegian brands has emerged over the last couple of decades. This version reduces the make-up and value of a brand to its minimum – a little like what a logo did for brands to begin with. Indirectly, these brands are also state sponsored. They comprise of product lines by the many Norwegian stars in the winter sports who have ventured into industrial production of sports wear when their careers have veered to an end. In other words, the brands are rooted in how Norway fosters stars in the winter sports and based entirely on the value of the athletes’ names.

These brands are state sponsored insofar as Norway’s support, use and promotion of the sports comes close to that which DDR historically is known for. The brand examples include the skiwear of Lasse Kjus (alpine skiing) and the sports clothing lines of respectively Kari Traa (freestyle skier) and Therese Johaug (cross country skiing) – just to mention some. In these cases, regardless of market success, the brand is equated with a name and therefore echoes the reductive brand model that equals a logo.

These reflections on Norwegian brands say little about the many young designers that are educated and fostered in Norway and deliver admirable work. Consider, for instance Ment, Gudbrandsdalen Uldvarefabrik, Northern and Heymat. Nor does it say much about the commercial success of Norwegian brands outside of Norway. However, it is a short reflection on some of the things that Norway offers in terms of design and brands. This includes a great history of design, innovation and use of local conditions and technology. Yet, to what degree it owns up to the history and fame of “Scandinavian” or “Nordic” design is an other question. It also concerns a country which, for better and worse, is keen and able to invest a lot in how it is perceived abroad. One may scoff at the role of the state in many matters, yet – in the case of Norwegian brands – one cannot ignore the essential role the state and the particular natural environment have in delivering what is available.

Meanwhile, for the time being, Norway has invaded Frankfurt. Literature is presented, members of the royal family arrives, and the machinery of brand making is cranking its wheels given a lot of state fuel.

Cecilie Schjerven is the co-founder and co-editor of The Business of Brand Management (tbobm.com). Based in Frankfurt, Schjerven specialises in strategic brand and design management with a keen interest in brands’ cultural dimension. Her licentiate, submitted to Lund University in Sweden, dealt with design management and the role of culture in institutional and corporate settings. Schjerven was educated in Norway and taught brand-driven design for many years at the Oslo School of Architecture and Design.

Discover more Articles on the topic of Brands. 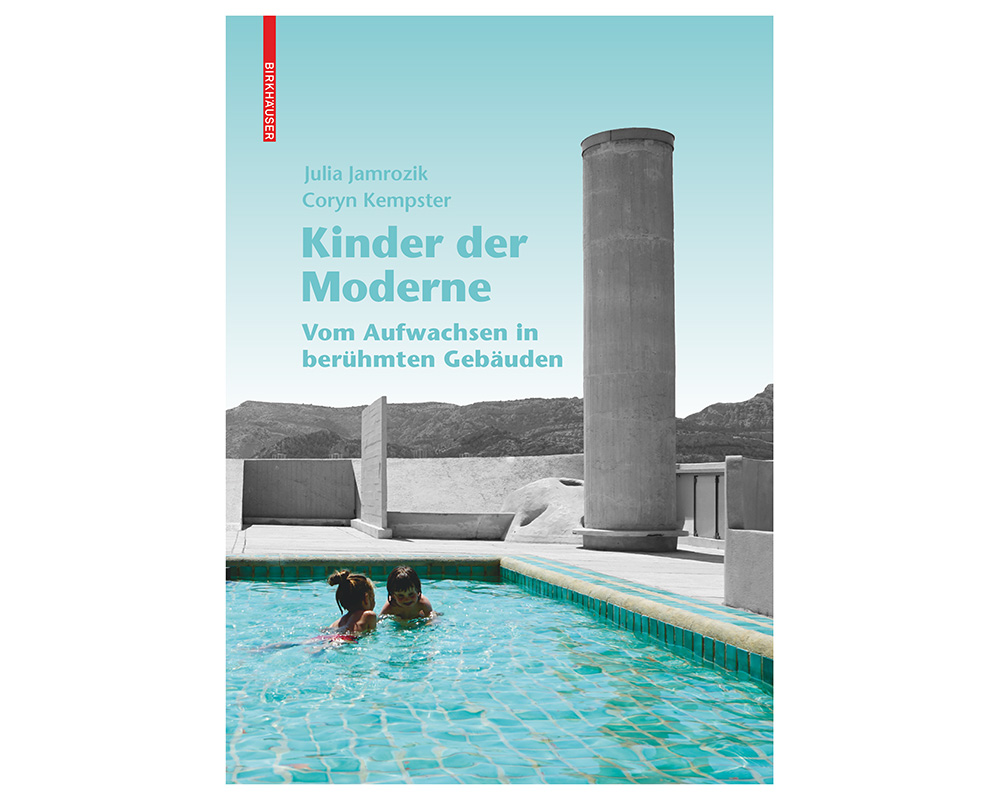 In search of the lost sense of home: Growing up Modern 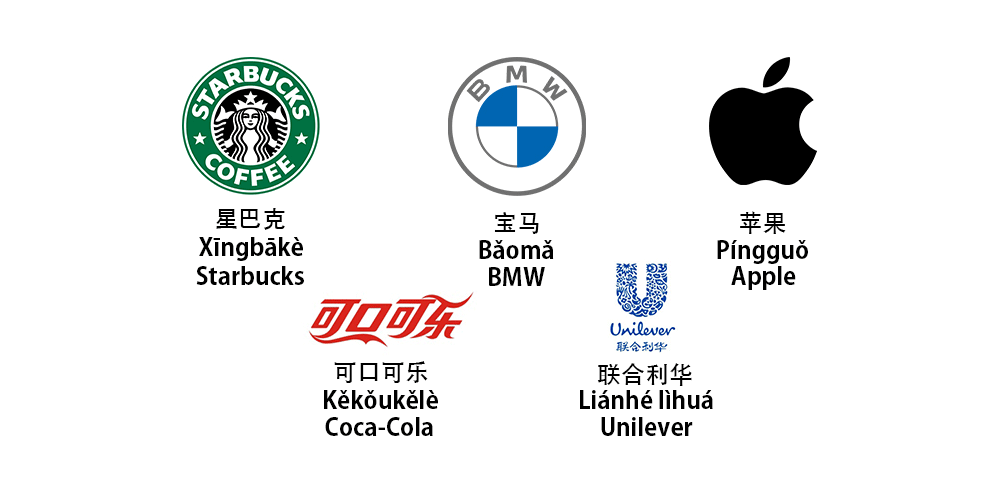 Of masters from the West and precious horses.