Filmed for the 50th anniversary of the Ulm School of Design, this film by Günther Hörmann and Martin Krampen has now been released on DVD. It is a multifaceted documentary of the legendary Ulm School of Design’s development, told from the perspective of some of its most important protagonists.

A monastery for people seeking to build a world.

How does something grow into mythology? How can a portrait of a legendary institution long consigned to history be created without an excessive recount of what once was? What does commitment to an ideology mean? Where does the critical reflection begin? At the beginning of “The Ulm School of Design: Design for Millions” (Die Hochschule für Gestaltung, Ulm: Design für Millionen) by Günther Hörmann and Martin Krampen, film-maker Jeanine Meerapfel (a former student of the school and now president of the Berlin Academy of Arts) makes an observation: “There was something that impressed me greatly, and it was this rare combination of intellectualism and practical knowledge. They continually spoke about how we should change the world through a design.” After that, designer Alexander Neumeister asks, “Why are Ulmers Ulmers, and how do Ulmers become Ulmers?”, adding straight away that it is something he never fully worked out.

It quickly becomes clear that the mission of the Ulm School of Design, in existence from 1953 to 1968, was never modest. By the late 1940s, Inge Scholl, Otl Aicher and Hans Werner Richter already had plans for a new design school whose graduates would go on to contribute to the development of a democratic society as journalists, architects, town planners, product designers and graphic artists. The project was created in the spirit of political innovation and was driven from the outset by an ambition to utilise the heritage of Bauhaus, established in Weimar in 1919 and closed by the Nazis in 1933, to make its approaches productive in the contemporary era.

A school for ultra-modern careers

“It is not a university, not a technical college, not an academy and not a school of applied arts either. Instead, it is something completely new and unique in the world. A school for the most modern careers that exist, educating skilled workers to design industrial products and design new means of expression for the press, broadcasting and advertising,” says a 1958 archive film, describing the Ulm School of Design: “Just as they used to come to Weimar for the world-famous Bauhaus, today young people from around the world make the pilgrimage here, where they can study with eminent international professionals.”

Admission to the school resembled an initiation. The students would cut each other’s hair into a very short and very functional style (“a very monklike haircut”). They would write exclusively in lower case, and not for reasons of “history or linguistic philosophy”, as the commentary says, “but rather for expediency. Upper-case letters are detours for the hand and eye.” They let go of the “burden of their background” with their family name. By being constantly forced to explain everything, their way of thinking was repurposed and their perception reassembled. In Ulm, they knew what they were intending to build on: an “unyielding modernity”, as it is called. They also knew what they wanted to be, which was a new place of pilgrimage for anyone wanting to design the future.

The makers in the foreground

Products created at the Ulm School of Design float into the viewer’s gaze here and there. The focus of the film, however, remains the makers. Hans Gugelot (lecturer for Product Design) explains the things investigated for the design of a television. Herbert Ohl (lecturer for Industrialised Construction) speaks about lighting conditions with diffuse or directional light. Tomás Maldonado (lecturer for Visual Communication) explains what is most important when designing logos. The advertisements contained in the archive recordings should not be overlooked either. New beginnings and reconstruction are evoked among scenes of Ulm’s destruction – along with a cheque for one million Deutschmarks from the American McCloy fund for the school’s construction. “We based ourselves”, Otl Aicher’s explanation can be heard, “not on an impression or goal of the specific things or society we wanted to achieve. Instead, we sought to develop methods of working that would lead to better conditions, to more humane conditions fit for people. That is something that cannot be propounded out of either a book or pulpit; it must be done by people. It is something that people must take charge of, and that is why we made the Ulm School of Design.” The rector, Max Bill, also clarifies, “We do not have art, we do not make art.”

The film does not shy away from the well-known controversies. They include in particular the one regarding Max Bill and the continuation of purely Bauhaus teaching, which led to his departure in 1957 and a stronger reorientation towards education based on academia and theory. However, for Tomás Maldonado, one of Bill’s adversaries in those days, continuing the Bauhaus tradition meant distancing oneself from Bauhaus. Also documented from an internal point of view is the conflict between designers and academics which resulted in an amendment of the school’s charter, disempowering academic lecturers and prompting many academics to leave the school.

The dramaturge’s flair can be seen in the text of a 1959 radio report that becomes a recurring theme throughout the film, having once announced, “It can truly be said that the design school on Kuhberg hill is a monastery, a monastery for people seeking to build a world out of its purest elements – from numbers and symbols, a new world that shapes a new person. What will this world look like? This world whose spirit has chosen a hill on the outskirts of Ulm to be its outpost? What will happen when this school has become history? Will the people be more people? Will the people be able to be more people?”

The film documents the history of the Ulm School of Design chiefly from the internal perspective of several of its most important protagonists. It comes inclusive of insights into the objectives, pedagogy, successes and conflicts, covering events such as the financial crisis, the question of nationalisation and its end, the cancellation of its school operations in November 1968. In addition to the rewarding 43-minute digest, the DVD also offers viewers plenty of extra material. For example, seven interview clips (recorded for the 50th anniversary of the school) feature Tomás Maldonado, William B. Huff, Eugen Gomringer, Gui Bonsiepe, Alexander Neumeister and Claude Schnaidt providing deeper perspectives. The film material is complemented with a PDF from the out-of-print book “The Ulm School of Design – the Beginnings of a Project of Unyielding Modernity” by Martin Krampen and Günther Hörmann (published by Ernst & Sohn, Berlin 2003). There is also an accompanying booklet with texts by Christiane Wachsmann, who was a worker and curator at HfG-Archiv (the school’s archive) for many years, and Günther Hörmann.

Even though external perspectives are for the most part not featured, the documentative look into and at the legendary design school in Ulm clearly shows how passionate the debates about the design profession were. Sharp for Meat, Soft for Butter 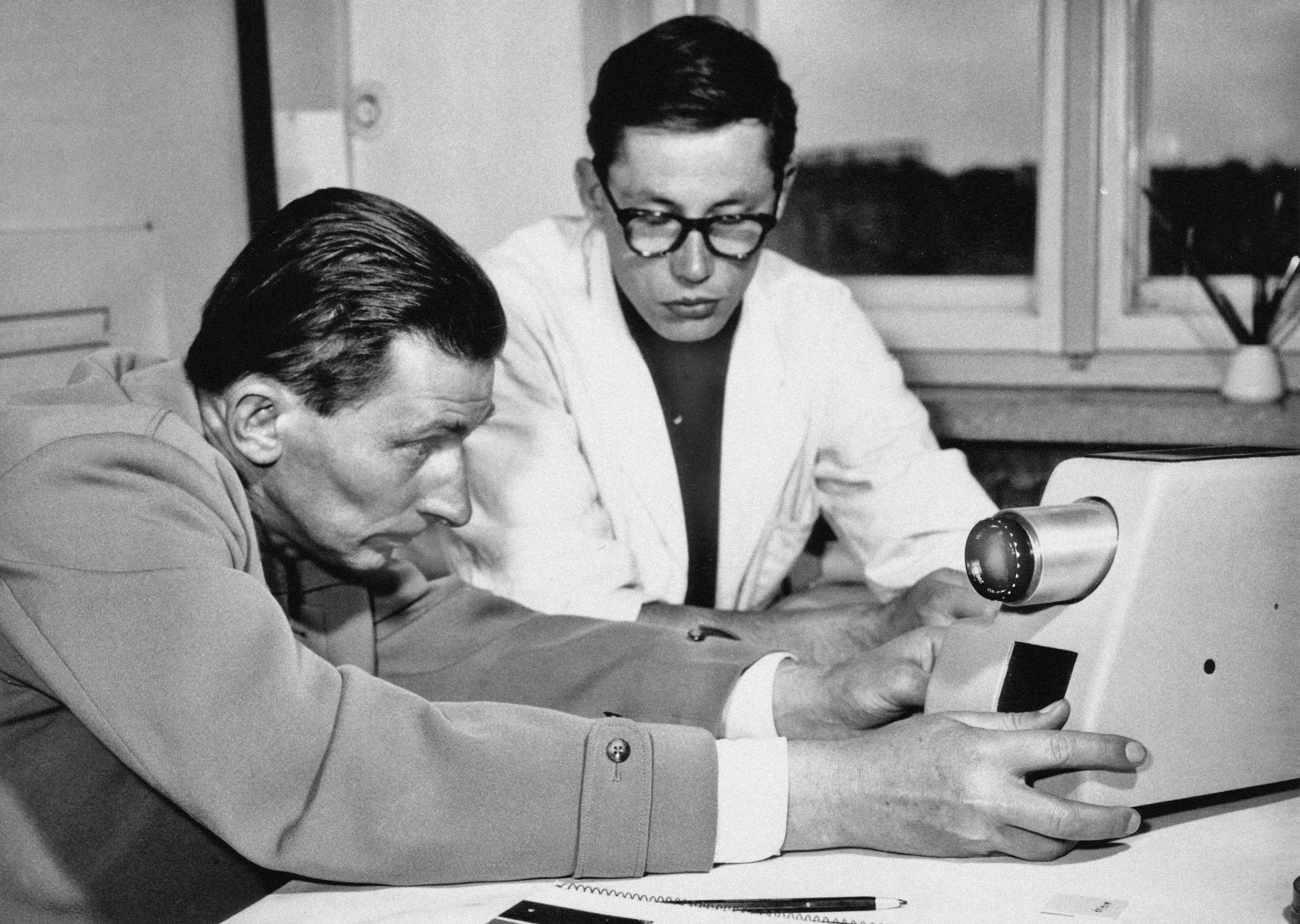