Plastics are versatile, inexpensive materials. For many years, they were considered progressive on account of their properties and design possibilities. Now, however, plastic has become the epitome of today’s linear model of production and consumption, which wastes resources, pollutes the planet, and presents health risks for both humans and animals. In this context, Germany is often cited internationally as a prime example of how a circular economy can be put in place. It has a high rate of recovery and recycling along with a sophisticated system of deposits for bottles.

However, as shown by a recent WWF study entitled “Burning Questions – Pathways to a circular plastic packaging system in Germany”, a great deal of potential for a genuine circular economy remains unutilised. There is a way to radically improve this though: at present, 89% of all plastic packaging is still made from virgin material. More than 50% of plastic waste undergoes energy recovery, which means that an annual volume of 1.6 million tonnes with a value of EUR 3.8 billion is incinerated. Of the 50% which is not burnt, 18% is exported. A further 10% is recycled in an open loop and lost to the system after one short useful cycle. Ultimately, this means that the current form and alignment of the packaging system in Germany do not comply with the Paris Agreement, the European Green Deal or the UN’s Sustainable Development Goals.

Building on the work and methodology of Breaking the Plastic Wave, this WWF study analyses and quantifies the “circularity levers available to the packaging system today and shows that a transition towards a circular packaging economy in Germany is possible”. Plastic packaging waste can be decreased by up to 40% without any reduction in usefulness or performance compared with single-use packaging. Instead of business as usual, a comprehensive systemic change could drive down the proportion which is waste-to-energy incinerated by 73% and lower the demand for virgin plastic by 64%. By 2040, this could save more than 68 million tonnes of greenhouse gas emissions and up to 20 million tonnes of virgin plastic. However, the report notes that “A transition towards a circular packaging economy requires a fundamental shift: a shift from ‘waste management’ towards the paradigm of circular resource management, including a focus on waste prevention, on keeping materials in the loop, and retaining their value as long as possible”. It also makes it clear that “a circular packaging economy is not an end in and of itself, but that such a transition is socially and environmentally desirable, as well as economically viable”. 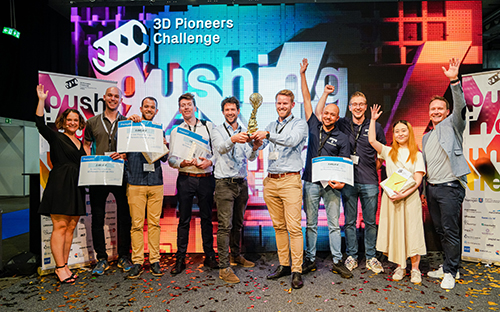